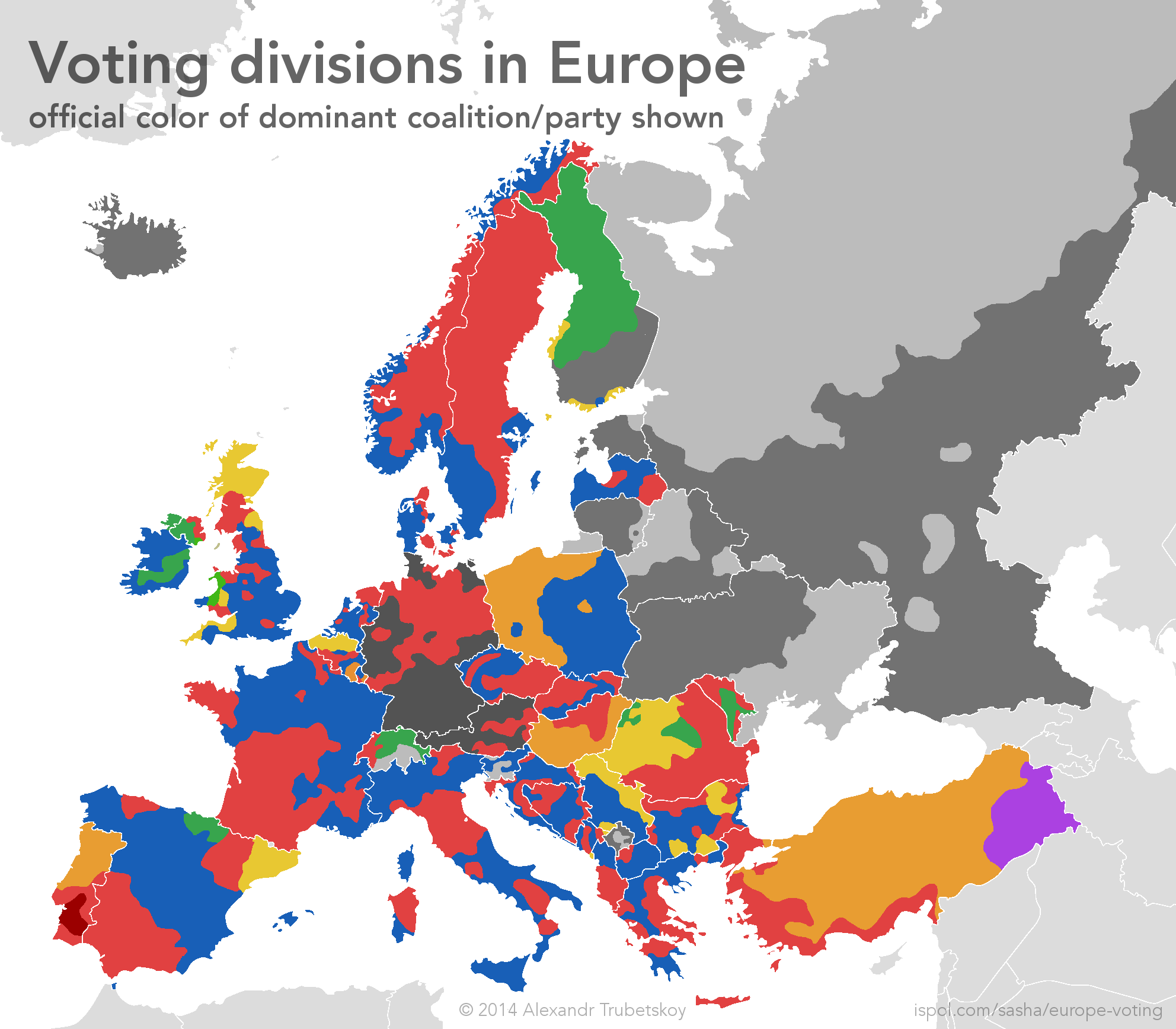 This map shows how voting divides in individual European countries cross national boundaries and have some interesting correlations.

The boundaries on the map are largely based on the past 10-15 years of elections, although in many cases these patterns go back much longer. In some countries, voting patterns are not tied to political parties or coalitions. Countries with grey areas do not have ideologically-aligned regions, or have special circumstances, as explained below: