This is a map I made for Catholic GIS, a great organization that I worked for a couple years back. My content was never published, so I’m sharing it now here. 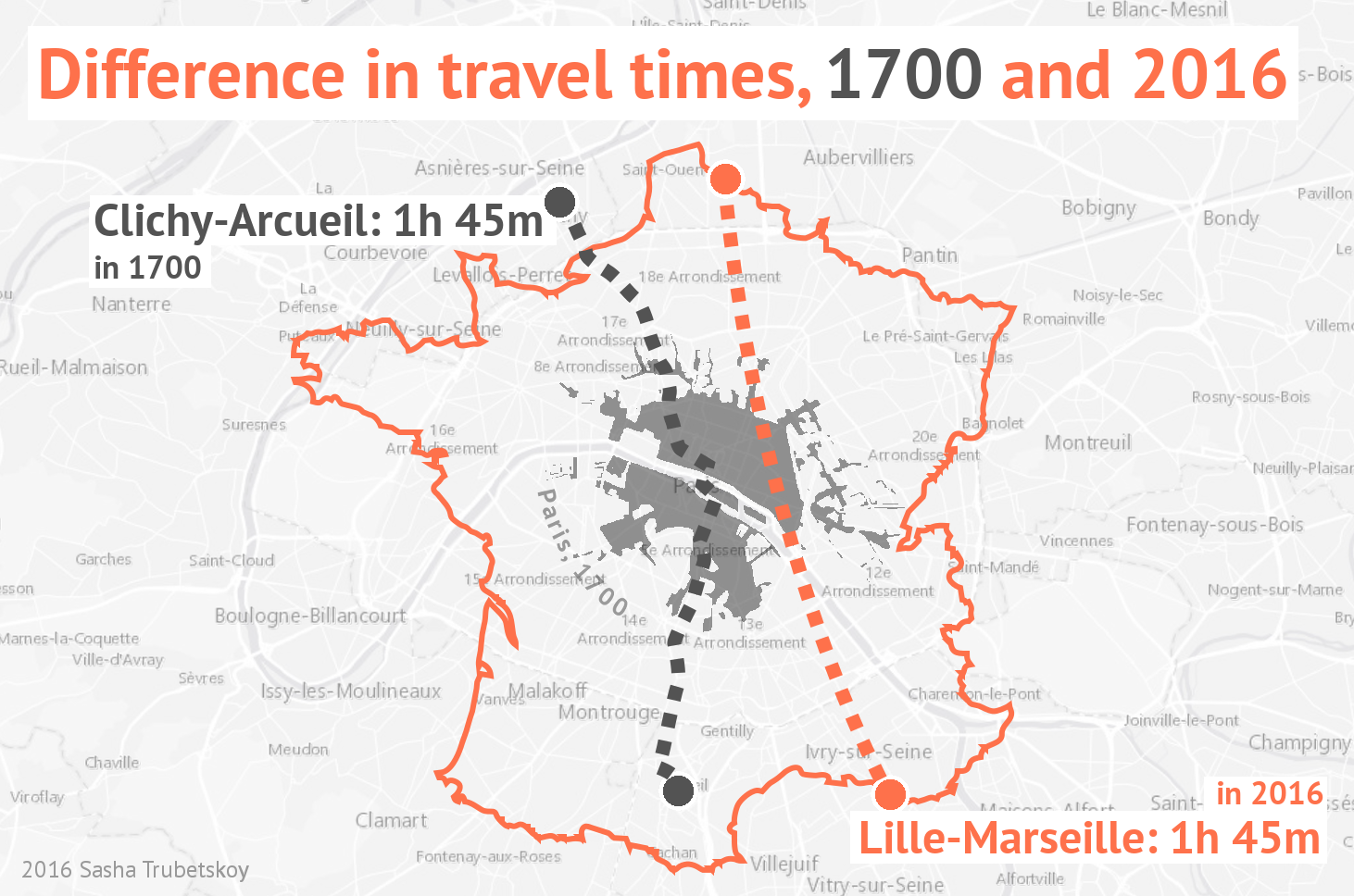 Looking at the map, the pace of improvement is striking. At the end of the 17th century it took 350 hours to travel from Paris to Marseille, but by 1880 one could make the trip in just 13 hours. In fact, the innermost black outline shows us that it took longer to traverse the Parisian countryside in 1680 than it took to cross all of France in 1880.

I decided to extend the map even further, into our own time. How small would France be in 2016? Quite small, it turns out.

Originally I had wanted to recreate an entire nested series of outlines, à la Cheysson. One could represent standard locomotives ca. 1900, another for the TGV breakthrough ca. 1970, and yet another once air travel became popularized in the 1990s. However, the improvements came at such a blistering pace that it would be impossible to display them in a single map.

Instead I’ve decided to compress it down to the first and last state. One the one hand we have Paris, 1700 A.D. The standard method of long-distance transportation was a carriage drawn by a horse, limited to around 5 miles (8 km) per hour due to poor road conditions. It was a nearly two-hour journey between the Parisian villages of Clichy in the north, and Arcueil in the south.

The city of Paris has long since swallowed both villages. Advances in road technology were followed by the invention of the locomotive, which was then eclipsed by the airplane. By the year 2000, despite improvements to France’s legendary TGV, it was more economical to simply take a plane across France.

American-style budget airlines rule Europe. Now, in the time it took a soggy stagecoach to cross 1700s Paris, I can cross all of France.