Around 2015 there was a trend of people making very low-quality “stereotype maps” of cities, usually by taking a screenshot of Google Maps and putting their own labels on it. These maps were meant to represent the true reality of a city, as opposed to the sterile products we typically get from mapping services.

I wondered if I could do the same thing, but make it look at little nicer and more professional.

I also wondered if there was a more objective way of getting the subjective stereotypes for an area. I was, of course, aware of the irony and inherent futility of such an endeavor. But it turned out there was one fairly reliable source that presents the widsom of the crowds regarding a certain area: Urban Dictionary!

So I made a few maps, starting with the Washington State one, that tried to plot out these Urban Dictionary “definitions” in all their vulgarity. 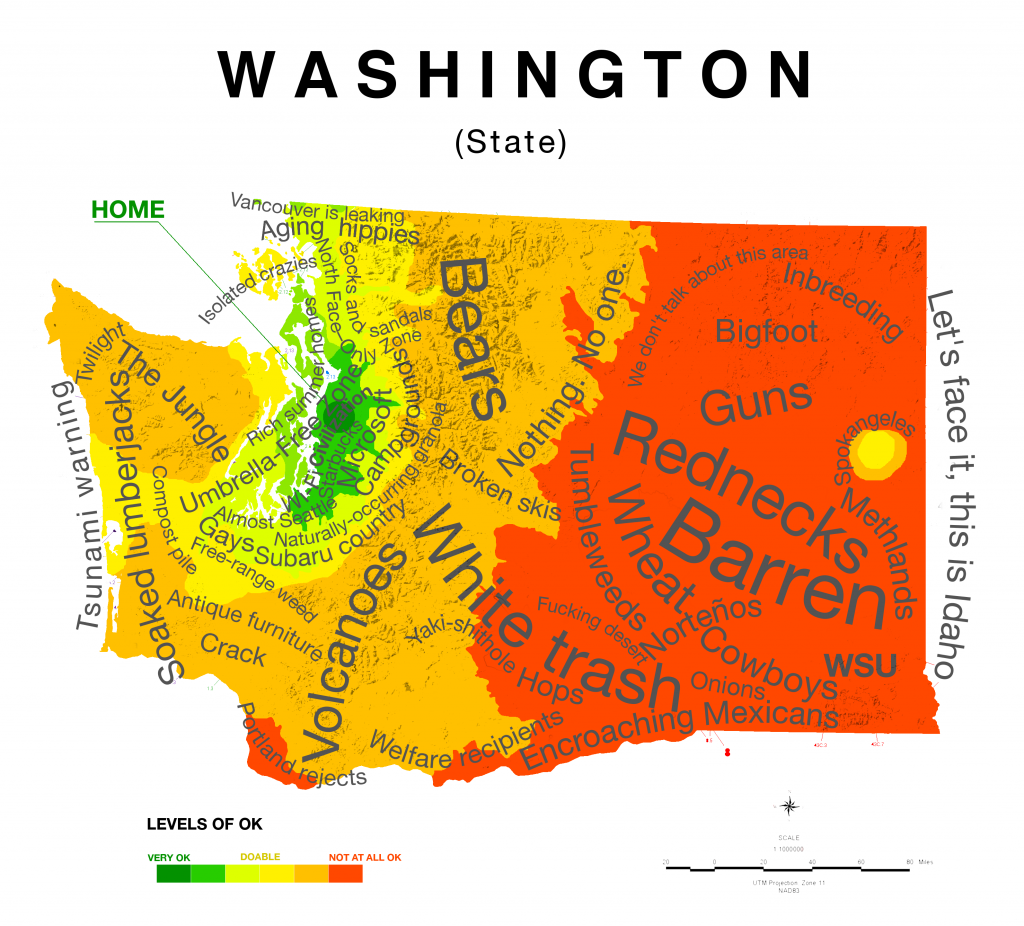 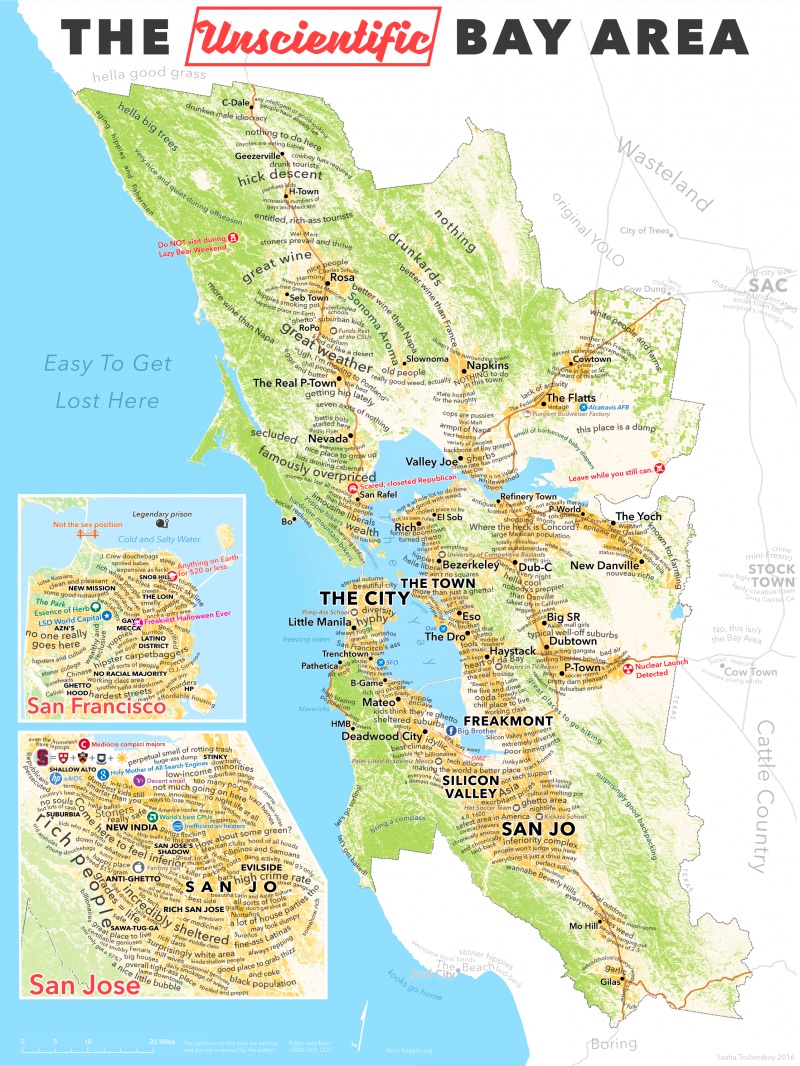