How far is Hawaii from the nearest landmass?

Originally I had said that the closest point on the North American mainland to Hawaii was near Flumeville, California. However, I was wrong! As it turns out, the southernmost tip of the Alaska Peninsula is actually about 12 miles (20 km) closer.

Located near the town of False Pass, the tip of an unnamed peninsula overlooking Ikatan Bay is exactly 2,259.28 miles (3,636.44 kilometers) from a part of Tunnels Beach on the island of Kauai. This is shorter than the path that I had previously mentioned, which starts at a rocky outcropping in Coastal California National Monument and ends right at the village of Hakalau, Hawaii on the Big Island. Take a look for yourselves: 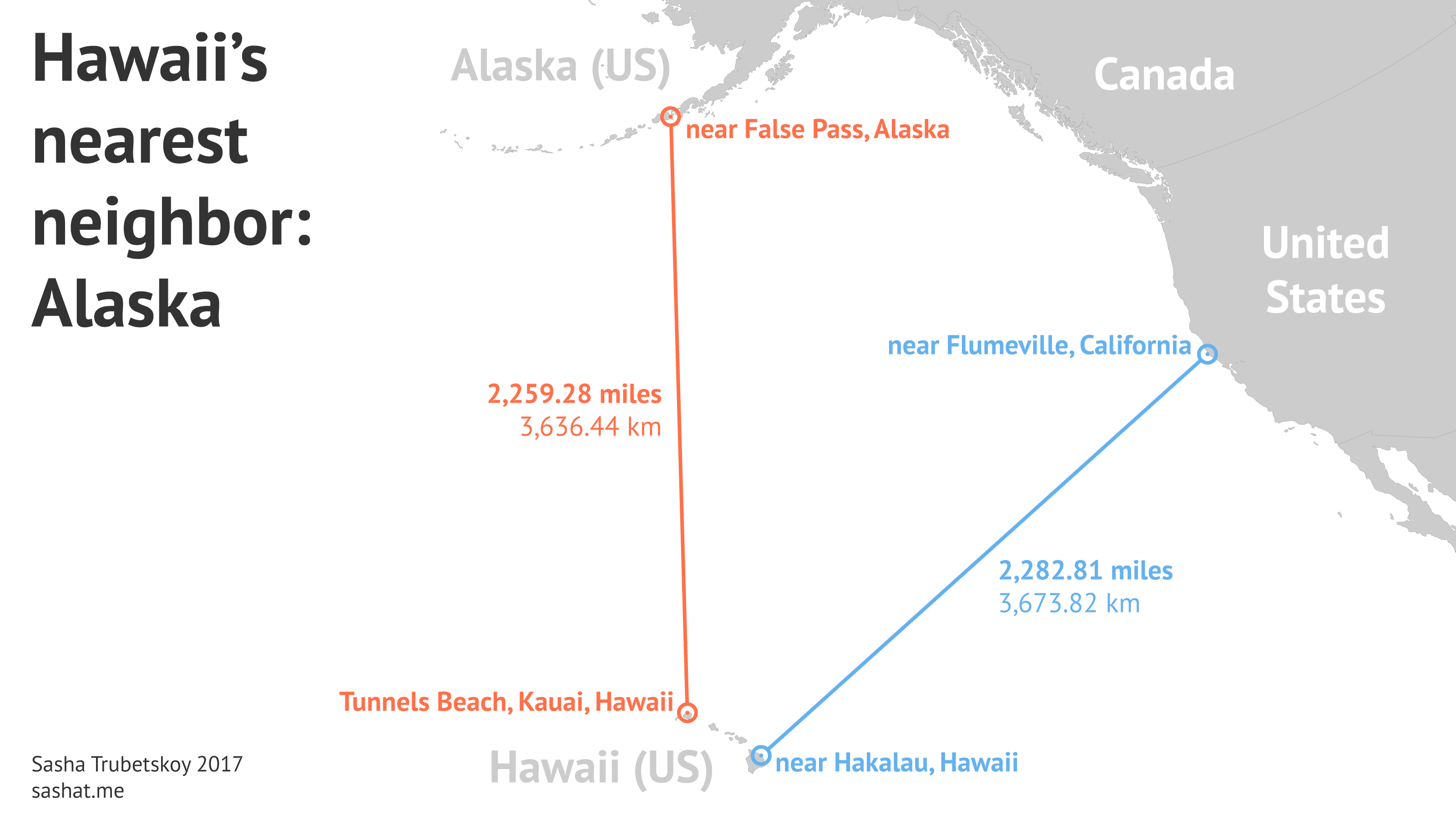