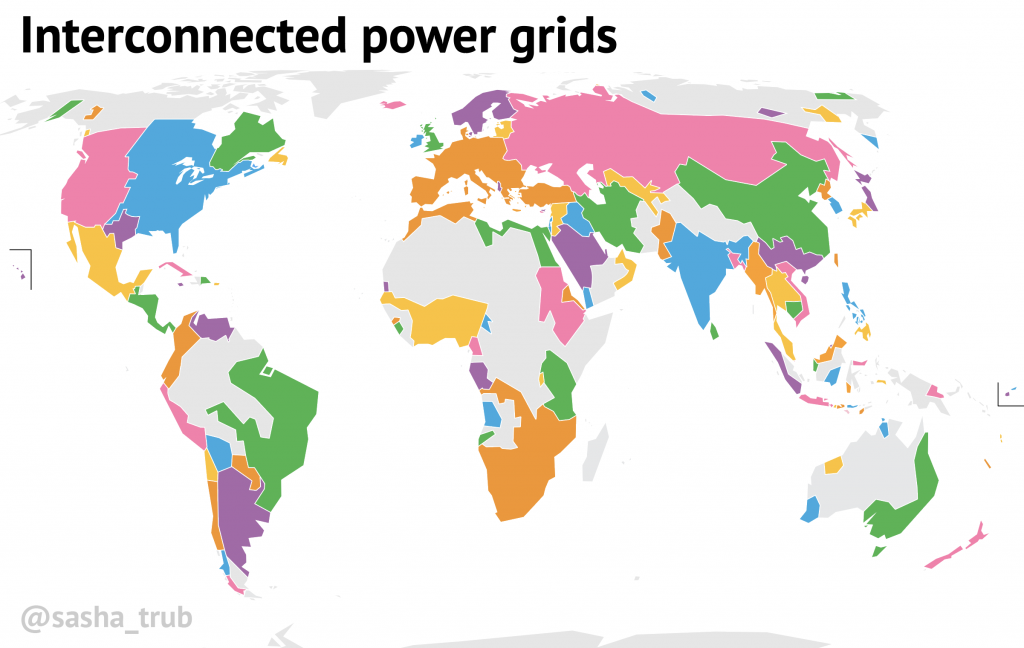 The world of power grids. Very revealing if you map it out.

“Interconnected” means there is an AC connection and it’s synced. There may be some mistakes on the map, a lot of info is proprietary/hard to get. Grey areas have no high voltage lines, as is sort of implied.

Of course the reality is way more complicated than this map, even within “interconnected” areas there is a patchwork of partial connections. India recently completed its National Grid unification project, before that it had 5-6 separate grids. China just connected Xinjiang, which used to have its own grid, and is working to unify with the China Southern Power Grid as well.

Japan, strangely, still has two different grids. This prevented them from quickly powering up the northern half of the country during the Fukushima disaster.