The following are some low-effort maps I made in February 2019 that did not involve any number crunching or many hours of design work. I still think they are aesthetically good or interesting, so I sharing them here, all in one post. 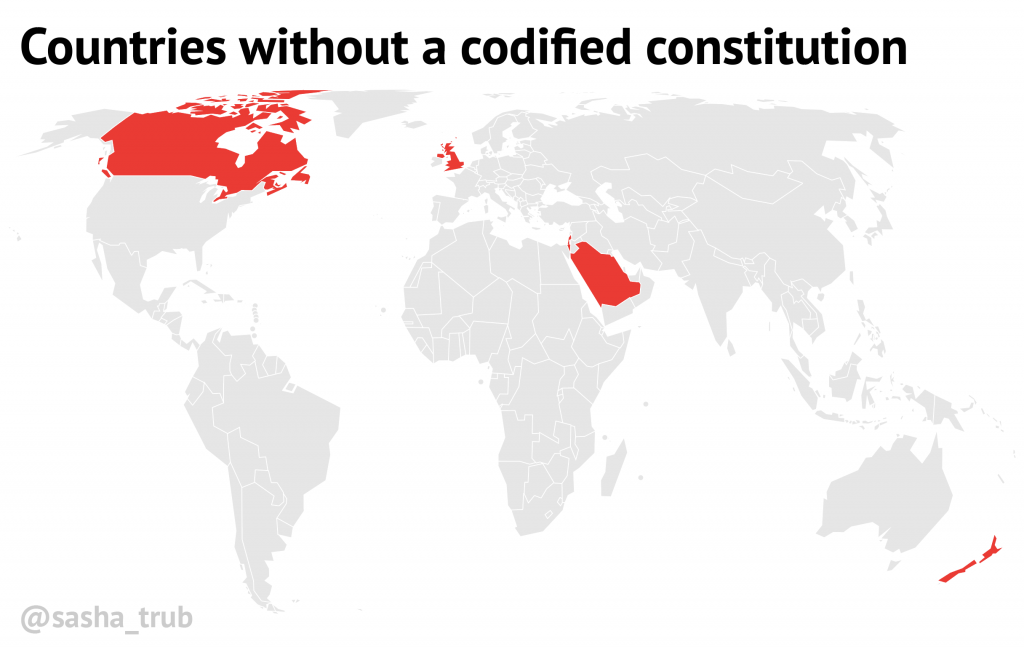 Turns out countries can function even with no constitution! One consequence of this is that the UK parliament has virtually unlimited powers. Of course, “no constitution” does not mean “no laws” — it just means there is no single document that actually lists the supreme law of the land. Erratum: I forgot to include tiny San Marino on the map! Also: According to King Faisal of Saudi Arabia, “The official constitution of Saudi Arabia is the Quran”. 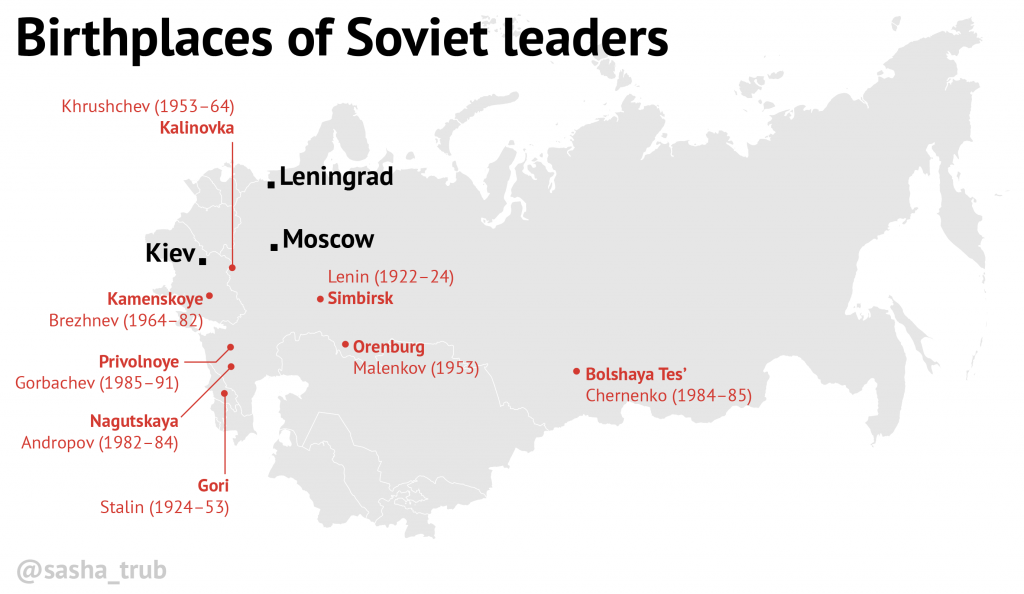 The USSR was notoriously centralized around Moscow. But its leaders were pretty much all from small towns and villages. Malenkov was the only one who grew up in a mid size city — Orenburg had 100K people at the time. He was deposed after 6 months in power. The first leader since 1917 from a big city is Vladimir Putin (Leningrad/St. Petersburg).

Notice that Khrushchev, Brezhnev, Andropov and Gorbachev were all either Ukrainian or South Russian. Chernenko was from Siberia but his father was ethnically Ukrainian. So that’s every leader since 1953. 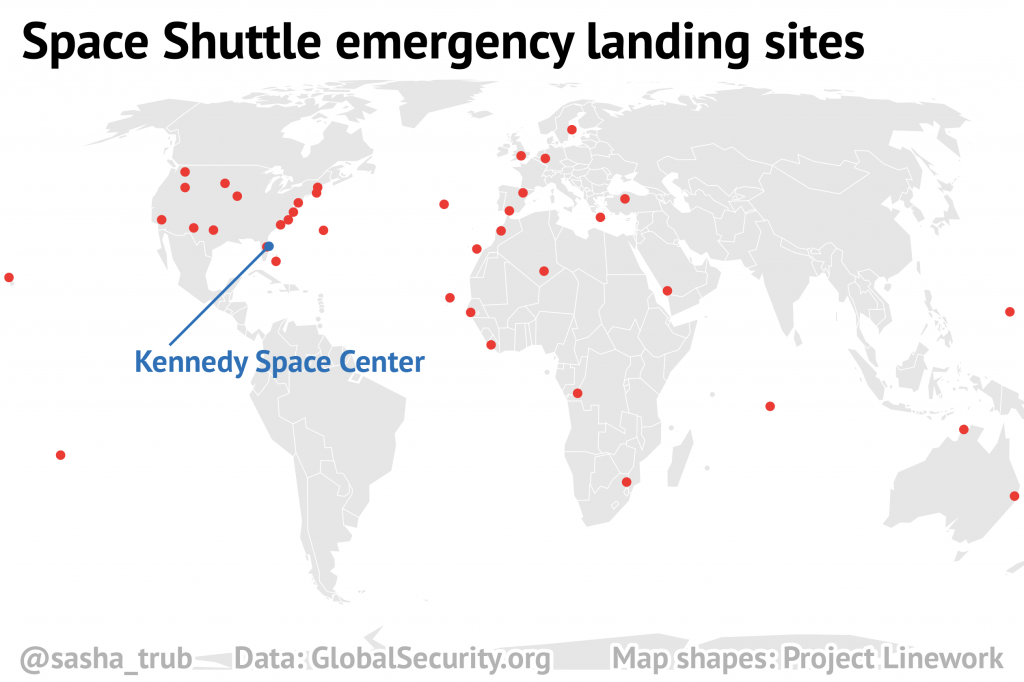 RIP space shuttle program. Each of these locations could be readied for a shuttle landing at a moment’s notice, including Orlando International Airport.

The map looks to be abort sites (i.e. during-launch emergency), which were more limited than emergency landing sites (in-orbit emergency). The only abort site in the UK was RAF Fairford.

Correct, technically any modern large airport could be used in an emergency landing. 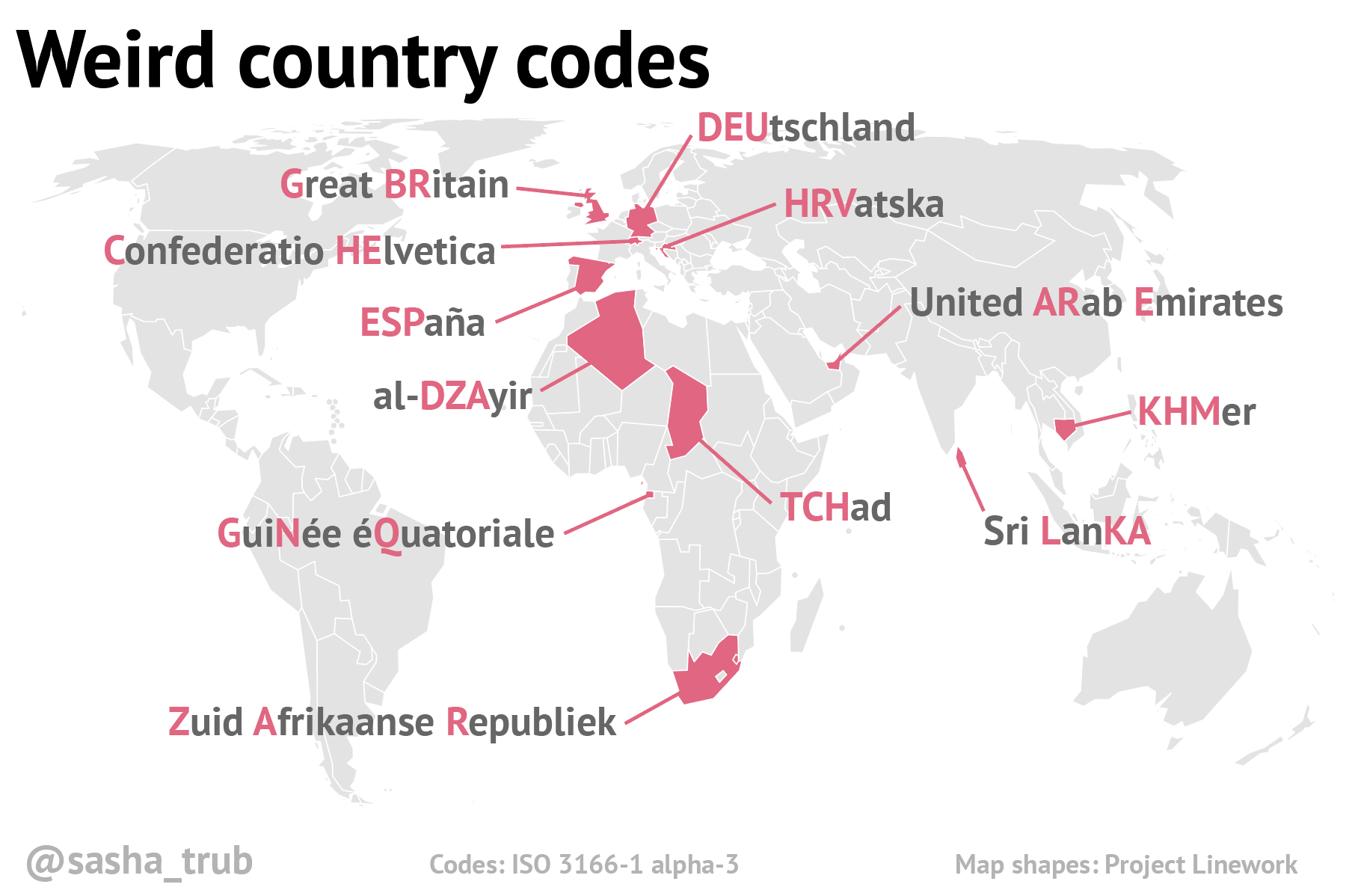 Most people won’t care about this, but it’s been on my mind for a while. Forgot to label it, but technically the country’s name is Eswatini, the code still reflects the former name of Swaziland. AUS and AUT — fairly logical. The tie breaker seems to be the fact that Austria is “AUTriche” in French.