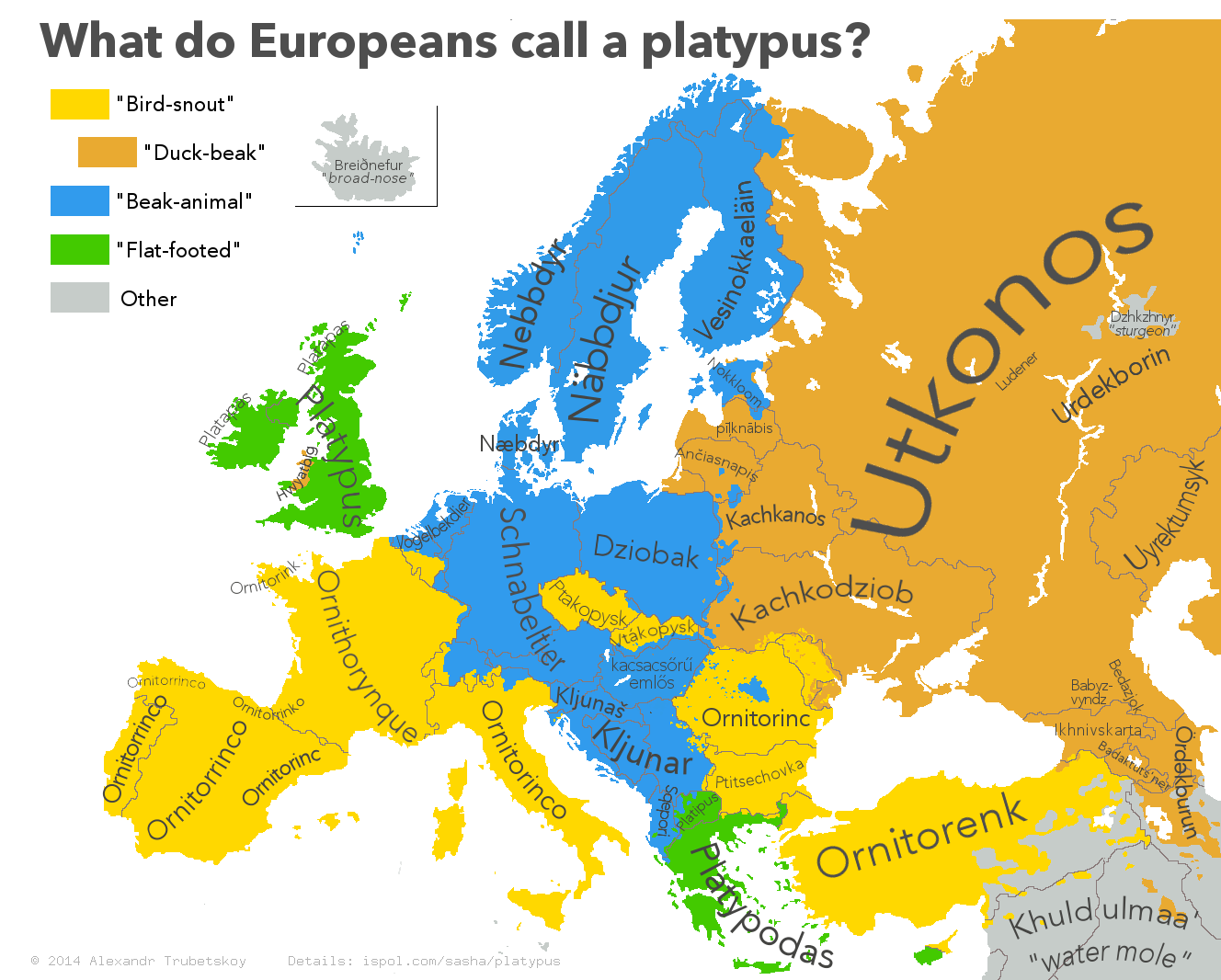 This map shows European languages grouped by the etymology of their word for the platypus.