There have been many proposals for states and territories to be added to Australia, many of which were brought up during the era of Australian imperialism. The late 1800s saw many Australian politicians, particularly those from Queensland and Victoria, petition London to annex neighboring Pacific islands without much success. While the territories were worthless to London, many Australians saw them as tokens that confirmed a new Australian Empire.

Included in this map is every significant colony proposal, annexation, or other statehood movement with any reasonable amount of support.

Not included are states proposed in a complete re-draw of Australia’s state borders, such as this fanciful proposal. Also ignored are external territories like Norfolk Island and Christmas Island, as well as the Jervis Bay Territory. The state of Pilbara (actually composed of the Pilbara and Kimberley regions) fulfills the proposals for both a “Northwest Australia” and an Aboriginal state. Here’s what it would look like: 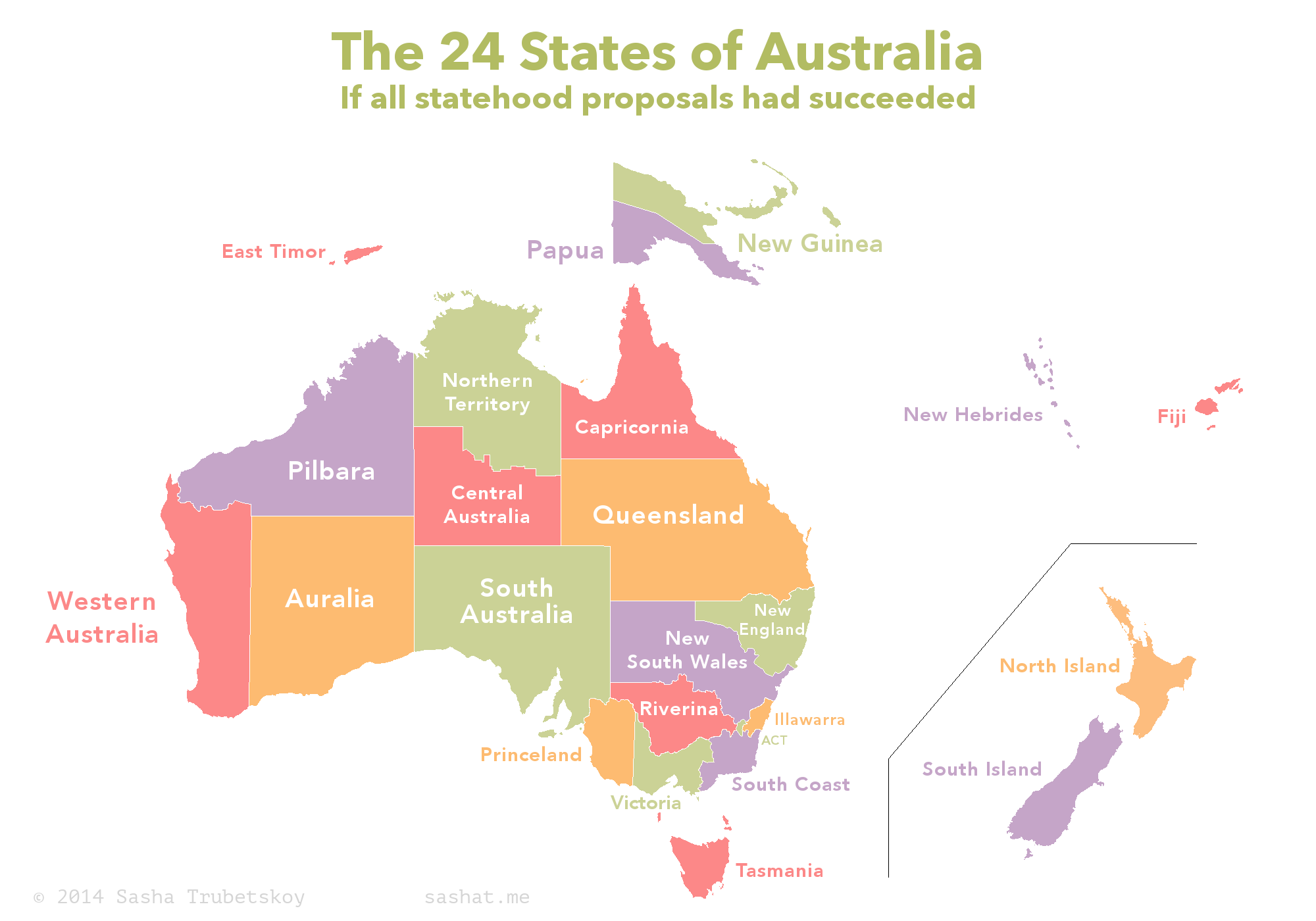 Here’s a population and GDP table. The GDP per head for Pilbara is off the charts due to the mining in the area.