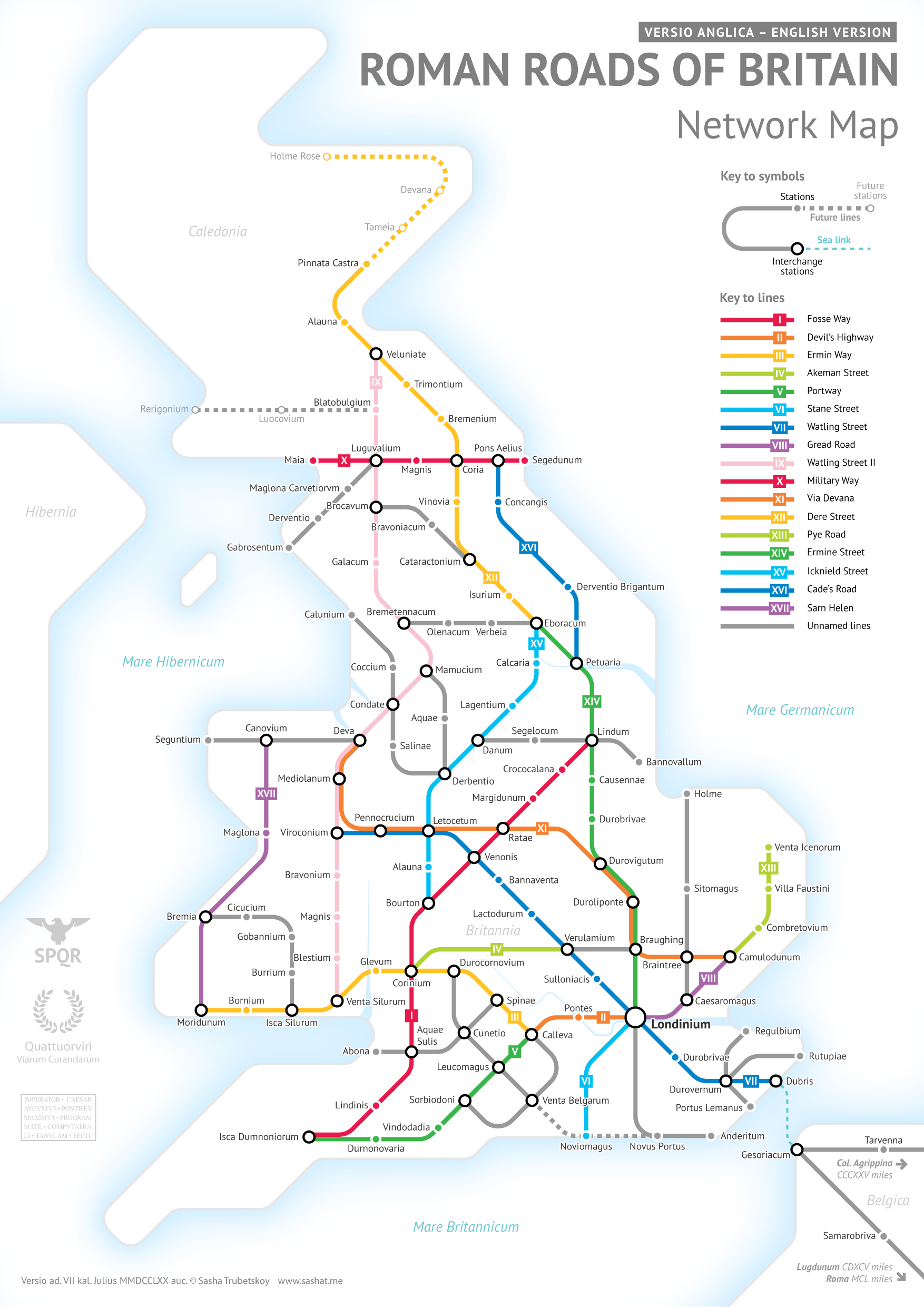 Here it is, by popular request. This was far more complicated than I had initially anticipated. Not only were there way more Roman Roads in Britain than I initially thought, but also their exact locations and extents are not very clear. In a few places I had to get rather creative with the historical evidence.

Once again the Pelagios digital map was massively helpful to me. Equally as helpful was the site Roman-Britain.co.uk – an absolute treasure trove of information on all things Romano-British.

Like the full Roman map, I had to do some simplifying and make some tough choices on which cities to include. Again I tried to include larger settlements or forts that were mentioned in more than one primary source. Unlike the original Roman Roads map, I was more faithful to the actual geographical location of cities. Cluttered areas around Hampshire and the Midlands did have to be shifted around somewhat.

Apologies for the dry write-up as usual, I don’t have enough time to write a compelling story right now.

Why are the names of roads in English?

It’s true, “Watling Street” and “Ermin Way” are not exactly Latin-sounding. Unfortunately the historical Latin names have been completely lost to history. Roman Britain was not as well documented as Italy or Spain, so there is a huge lack of written sources. That’s why the names that we do have are actually Anglo-Saxon, and originated a few centuries after the Romans had left. You can read more about this on Wikipedia.

Why do some stations have English names?

Same reason as above – we’ve found Roman archeological remains there, but we don’t know what the Latin name was.

What are the modern names of the cities?

Here’s a version of the map with modern city names, or the closest towns to where the ruins are.

(I will add to the FAQ as more questions come up)