I tried a little mapping experiment. If I had more time I could write some code to automate this whole process. 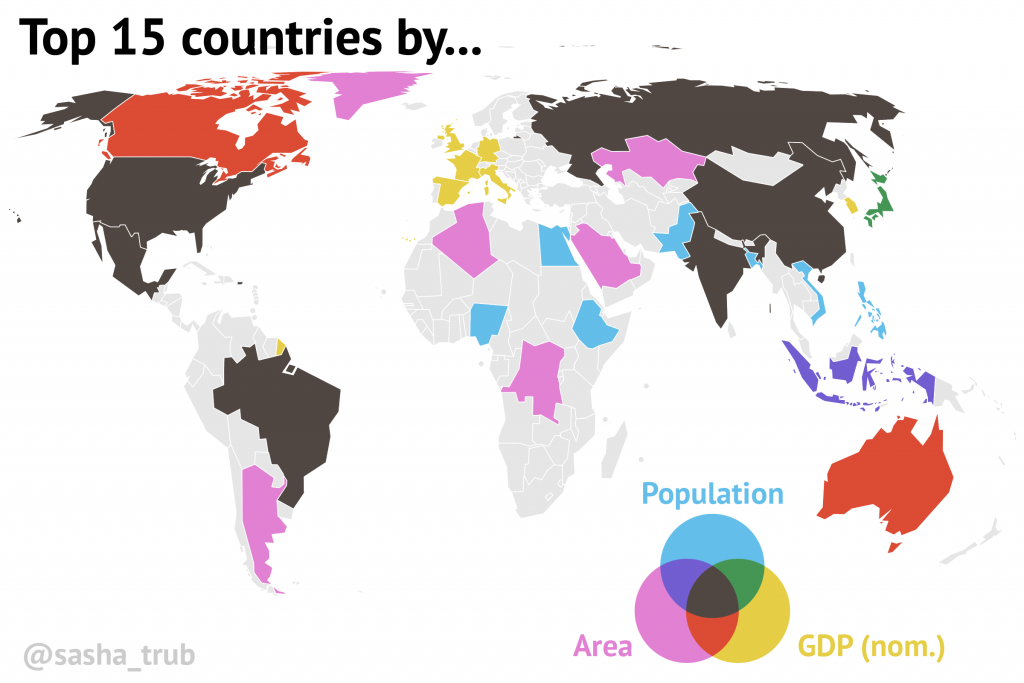 The surprise to me here is Mexico. It just ~barely~ makes 15th place in both area and GDP. Japan lacks area, Indonesia lacks productivity, Australia and Canada lack people. 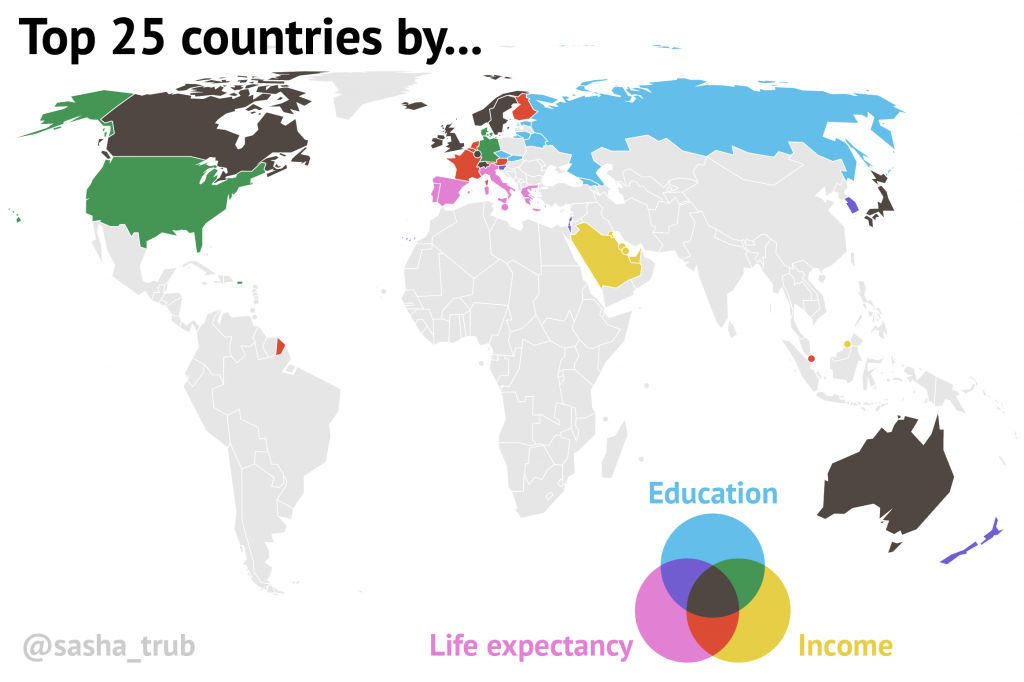 With a few modifications, these are the three components of the Human Development Index (HDI). 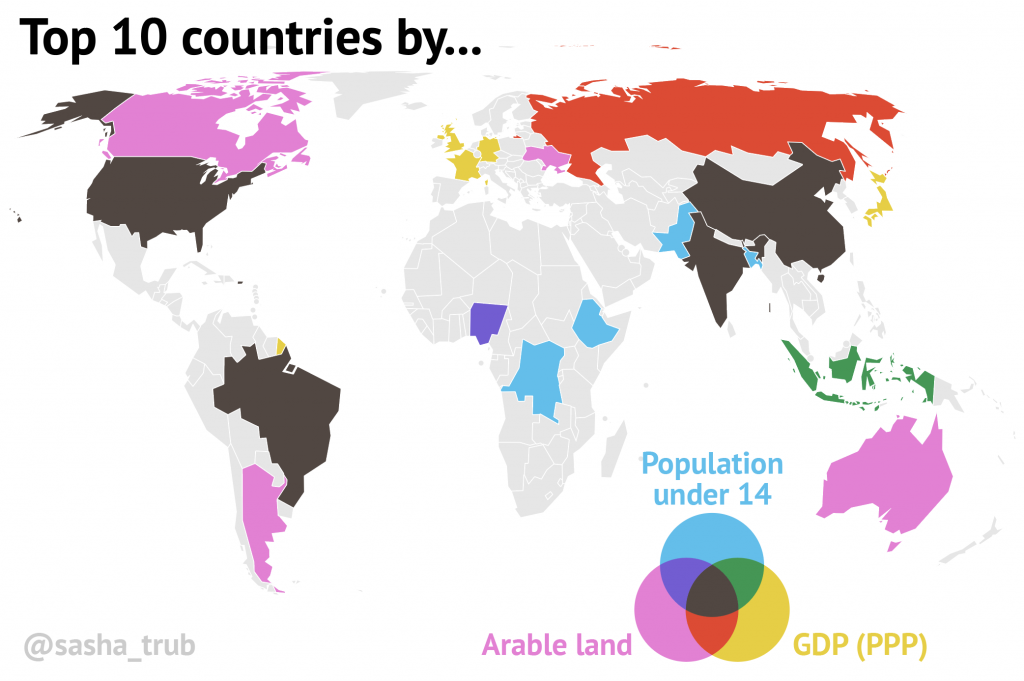